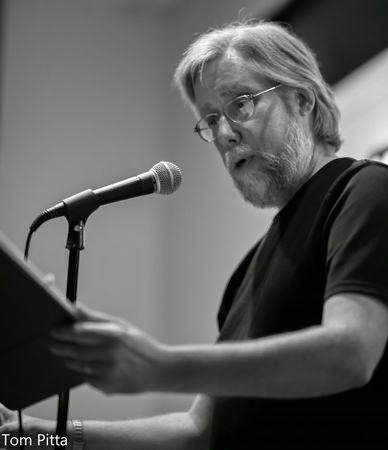 Ah, Summer is really here- the corn is in!

Please forgive me if I get a bit pedantic for moment, because summer corn is one of my favorite topics. Here are some guidelines to follow for the best summer corn- the kind whose sweetness and freshness just pops like a firecracker in your mouth.

First, a few observations- the main thing you have to be aware of is that the sweetness in corn is the sugar, and that this converts itself to starch after the ear is picked, and that this process goes more quickly dependng on how hot the ear gets and how old it is. Grocery store corn is hopeless, as it was picked a few days ago, and was probably not stored properly. Save your money.

For the best taste, buy your corn in the morning from a farm stand that has just harvested it. The ears need to be cool to the touch, and moist. If the tassels are brown you don't need to peel it down and look inside- just look for bug holes in the ear itself. Take it home and put it in the refrigerator until you are ready to cook it. City people take heart- when we lived in the city, our local farmer's market consistently provided corn that had been picked that morning and was still cool when bought shortly after the market opened.

When cooking corn, get the biggest pot you have and fill it with water, and bring it to a boil. Then throw in the corn and bring it back to a boil as quickly as possible- put a cover on the pot if it has one. The point is to keep the corn in the water for as short a time as possible. Boil it for three minutes, not a second longer, take it out and plate it, with a towel for a cover until you eat it with butter, salt and pepper, hopefully within fifteen minutes.

There is no better summer food than fresh picked corn on the cob, if you store it and cook it correctly. Trust me- I bring a lifetime of experience to this question. Here is your diligent reporter harvesting corn straight from the garden some, um, well... ok, maybe 40 years ago.

Posted by Forrest Proper at 8:18 PM

Now this post brought back some great memories of my grandparent's gardens over the years. They grew corn and a bunch of other things and shared it with the church members. Ain't nothing like an after church summer cookout. Great post Colonel.

We used to dry the corn silk (tassel) and smoke it. God, I was hopeless even back then.

As an alternative to all that work, you can buddy up to a farmer and have him drop off some every now and then.

My late mother-in-law is reported to have prescribed the best way to eat corn: pick it from the stalk yourself and run to the kitchen and pop it in the pot for cooking. Speed (from field to kitchen) is the key.

Oh god I love fresh sweet corn! And you're right, the only way it's worth squat is when it was picked fresh that morning. The last time I was back in the midwest in the summer, I about died and went to heaven with that corn. I rarely get it out here. Colorado just doesn't have the moisture to get that perfect sweetness.

So, how do you eat it? I'm typewriter style myself. Left to right and back again

Look Ma, we's got us a college boy here.

Is the corn really as high as a elephant's eye? I was just, y'know, wonderin'.

PS: I know that you're talking corn purist-ism here, but I have a killer fresh corn & tomato salsa recipe. You want that I should post about it?

Beach: My grandfather always had a garden, and always had plenty of corn.

Mike: we're ok here- the farmer we get our corn from is only a two minute bike ride up the road.

Catalyst: Yes, stalk to pot is absolutely the best way, if you're growing it yourself. Man, that's good!

Phoebe: Ah, you bring up a controversial point. Almost everyone I know eats it the way you do- typewriter style, back and forth. I eat it the other way, round and round. My wife says that's weird.

Malach: I paid 25 cents for that word, so there!

Reverend: I'm not sure- we have plenty of corn, but a distinct shortage of elephants.

And please, post away with your recipe. I make a mean corn & tomato & red onion salad myself...

>>And please, post away with your recipe. I make a mean corn & tomato & red onion salad myself...

Hmmm. Sounds suspiciously similar... I will be forthcoming once I've had my way with Polanski.

Sweet summer corn is the food of the Gods!

Summer corn is the absolute best thing ever. I miss being able to pick my own. But we have lots of farmer's markets around here to buy from.

I love grilled corn on the cob. Yummy.

Other Blogs Worth Visiting